Why Learning English Is Important In My Life? In this post, you can see the latest information about our life in English. In this modern world, you know English is an international Language. So it is very important in our daily life. In the below post, we are discussing the Reasons why important is English in our lifetimes.

English is the language of science, aviation, computers, diplomacy, and tourism. Last but not least, it is the language of international communication, the media, and the internet. Whether it is for professional or personal reasons, understanding the importance of English will help you reach your goals. 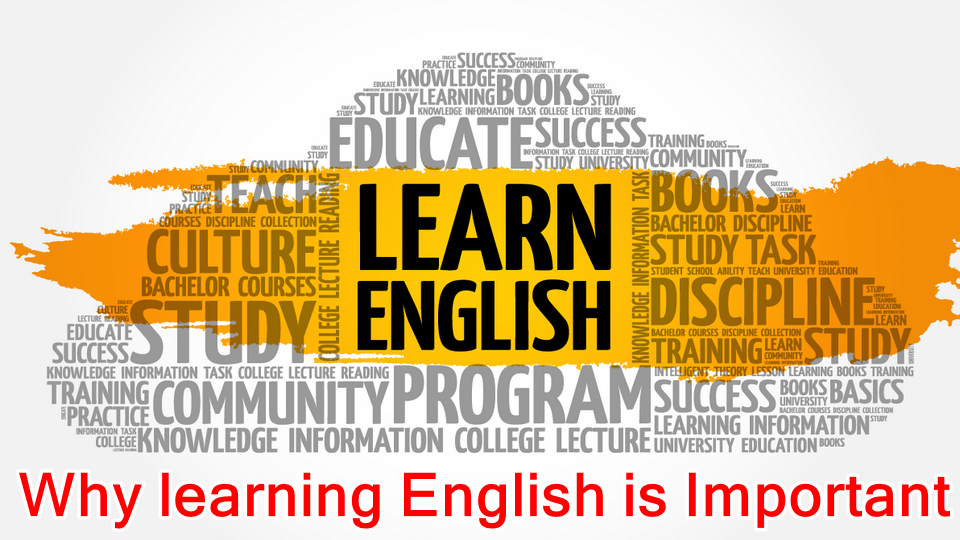 400 million people around the world speak English as their first language. English is the Official Language of 53 Countries worldwide. Not only that but English is listed as one of the official languages in more than a quarter of the countries in the world. That’s caused English is an international spoken language!

Why Learning English Is Important In My Life

In this era of modernity, nothing can be imagined without English. Because no matter what you are going to do, you will need English. Becouse English is an International Languages. See below for important in English.

01. English is an International language

Speaking English is not just about being able to communicate with native English speakers. If you want to speak to someone from another country then the chances are that you will both be speaking English to do this. So English has been used Global language worldwide.

02. Speaking English gives you Access to a World of Entertainment

03. Better job opportunities all over the world.

Who knows the international languages in English than they get worldwide job opportunities. Like International NGO and other jobs career.

04. English makes it easier to travel

Indeed, airport announcements, train timetables, emergency information, and street signs are often available in English, including in countries where the native language uses a different type of alphabet. It goes without saying that, when traveling to a country where you don’t speak the language, you are practically guaranteed to find someone who understands at least some English.

05. English is the Language of Business

Global companies such as Airbus, Daimler-Chrysler, Fast Retailing, Nokia, Renault, Samsung, SAP, Technicolor, and Microsoft in Beijing, have mandated English as their official corporate language. In addition, in 2010 the company Rakuten, a Japanese cross between Amazon and eBay, made it mandatory for its 7,100 Japanese employees to be able to speak English

06. Learning English gives you access to more of the Internet

Nowadays, many films, TV shows, books, and music are published and produced in English. By understanding English, you won’t need to rely on translations and subtitles anymore. Most of the websites are made the English languages.

07. You can learn more than just the language!

Good knowledge of English will allow you to access films, music, and literature from hundreds of countries around the globe. Not to mention the fact that numerous books from across the world are translated into English. Therefore, by understanding English, you are unlocking the door to a whole world of new information and knowledge!